The Feliciano Financial Group has been in business since 1983 serving individuals, families, businesses and professionals throughout Texas. Our open and process-driven, client-centered approach, has helped make us one of the fastest growing and established financial services firms in Texas.

Our Commitment to You

Born in the Hell’s Kitchen section of New York City, Jose Feliciano found his passion for the possibilities of life in East Texas.

The oldest of five children born to an immigrant Puerto Rican father and German Irish mother, who were both deaf mutes, life on 47th Street in New York City wasn’t easy for the young couple and their new baby boy.

“Talk about overcoming life’s obstacles,” Feliciano recalls, “ A few years ago I asked my mother how she knew when I would cry at night. She explained that because babies kick their feet when they cry, all she had to do was lay me sideways next to her in bed – and the kicking from the crying would wake her up. Now I don’t think anyone ever taught my mother that little trick, but we all learn to adapt in our own way.”

When he was fourteen, the Feliciano family packed up all their belongings that would fit in a few old suitcases and sold everything else they couldn’t carry. The family walked to the Port Authority Terminal, purchased six bus tickets and boarded a Trailways bus for Jacksonville, Texas – 111 miles south east of Dallas on U.S. 175.

Feliciano recalls the culture shock of moving from a city with 15,000 taxi cabs, to a town with one cab driver who wasn’t even busy. From the city so nice they named it twice, to the Tomato Capital of the World. From the home of Madison Square Garden, to their new home across the street from the ‘Tomato Bowl’ ̶ the local football field.”

In 1981, after Jose, Sr. and mother Edie divorced, the family moved to Tyler, Texas. Knowing her eldest son would guide the younger children in the right direction, Edie asked her 18-year old Jose, Jr. to become the legal guardian of John, a high school senior; Jeff, seven; and little sister Juanita, five.

“That’s when reality set in. I could either become the guardian of my two brothers and sister, or let them go to foster care.” Jose, Jr. thought about his parents, both deaf, and his father with only a sixth-grade education in Spanish. “They had to overcome obstacles on a daily basis that we all take for granted. How do you get from point A to point B in a city like New York without being able to talk and or even hear the directions? How do you get a job without being able to talk at the interview and, if you get a job, how do you keep that job when you can’t hear what your job is or what your fellow workers are trying to say to you? How do you find an apartment?”

“I realized that if my parents could overcome obstacles like that every day of their lives, becoming my brother and sister’s legal guardian at 18 would be a snap,” explained Feliciano.

The day after his high school graduation he got a job flagging for a road construction company. Standing in the hot Texas sun with the goal of making enough money to buy some sort of transportation for the family, he began to consider his future and appreciate the importance of a good education. At the end of the summer, Jose left the road crew, got a job at Montgomery Ward, and registered for classes at Tyler Community College – eventually being elected president of his fraternity’s local chapter.

When they announced the president of the Sigma Epsilon fraternity for the next year was Jose Feliciano, he suddenly realized the import of what his father had been telling him every day of his young life. “Stop worrying about what everyone else thinks and just be. Just be the best version of yourself you can be.”

“You see,” explains Feliciano. “It turns out that the same parents I was embarrassed about when I was twelve-years old. Because they were different, because they were deaf, were the same people who taught me the most powerful lessons of my life. I had always had love, and family, and friendships, but they taught me by example to be caring and considerate. They taught me to be a leader, and to stop worrying about what everyone else thinks, and just be myself.”

In 1982, recommended for an insurance job by a co-worker at Montgomery Wards, Jose began a new career. He was responsible for collecting the weekly premiums for policies sold to mostly low-income East Texans. After a year or so, he wanted a change.

A new job opportunity was offered to Jose by the owner of a health insurance agency based in Emory, Texas. He called on businesses interested in the company’s health insurance policy. Each week he traveled statewide, returning home on Thursdays. At 20-years old, Jose’s hard work began to pay off with a reliable income to support the family. After two long years on the road, Jose realized he could better serve his clients by offering them a variety of insurance policies, and looked to become an independent agent.

In order to quit his job and start over, he would need some working capital. Without hesitation, his brother John turned over $8,000 — his entire savings from working as a waiter at the Hollytree Country Club – to his older brother. In 1984, working from home, Jose became an independent insurance agent and was on his way to become a health insurance specialist.

Working from home gave Jose an opportunity to become more involved in his siblings’ lives. He started coaching baseball and football, and realized knowing sign language was an added bonus in the sports arena. “I was coaching Jeff’s baseball team and he was the pitcher. We were at bat and there was a play at the plate. The umpire called us out and I knew it was a bad call. When Jeff came out to warm up, the umpire walked over to the second-base umpire and admitted he made a mistake and should have called safe. Jeff overheard him and signed back to me what he had said. When the umpire returned to the plate, I repeated everything he had just said to the other umpire. With a puzzled look, he threw me out of the game!”

In 1988, Jose formed Feliciano Insurance, servicing the Tyler region. As the business began to grow, John came on board in 1991 and, a year later, the Feliciano Financial Group had 12 employees. Jeff and Juanita also joined the company, making the firm’s dedication to East Texas even stronger.

Wanting to provide the most comprehensive financial advice to his clients, by offering as many services to the community as possible, Jose dedicated the next three years enrolled in the Certified Financial Planner program. In the years that followed, both John and Jeff became CFP’s, making the Feliciano Financial Group the largest Certified Financial Planning firm in East Texas. “And I can’t thank John, enough. We wouldn’t have this company, if it hadn’t been for him.

Success has given Jose and his family the opportunity to reach out to the East Texas community with public educational seminars, a dedication to local charities, and charity work, and always moved to the goal of helping people

Recognized as one of the country’s pioneers of Holistic Financial Planning — the process of pursuing a client’s life goals through the proper management of their resources, including buying a home, saving for a child’s education, planning for retirement, or leaving a legacy – the Feliciano Financial Group specializes in gathering relevant financial information, setting life goals, examining a client’s current resources and developing a plan for them to work toward goals given their current situation and future plans.

Looking back, Jose Feliciano feels very blessed. “I think growing up with deaf parents taught us some valuable lessons. We know that we can depend on each other and that our family ties are strong. Perhaps our parent’s disabilities taught us not to take anything for granted. We’re happy. We love East Texas. We love each other. What more could you ask for?”

After more than 30 years helping East Texans plan for their financial future, Jose still wakes up each morning reflecting on his life of service to the community and remembering, “The place of my biggest challenge is always the source of my greatest strength.” 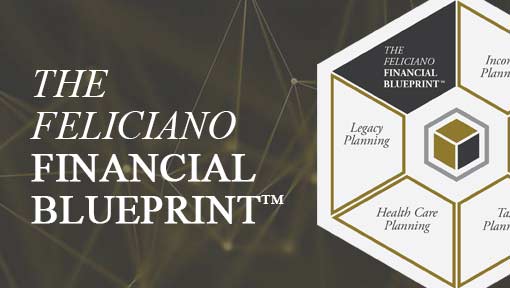 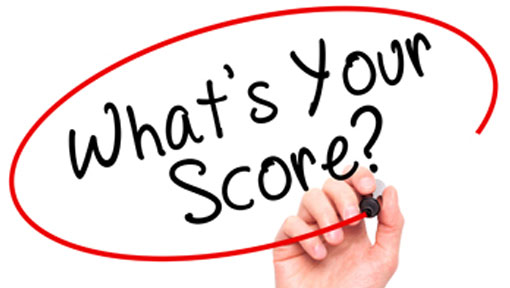 Score yourself with our Free Financial Scorecard See how the buying power of many will save you money.